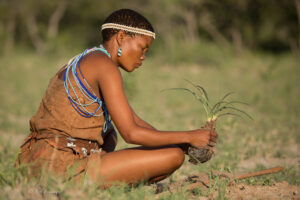 Classifying this area as a desert is a hard idea to take in for the average traveller, you will not find the classic wind-swept sand dunes anywhere here, nor will you see any camels padding their way into the distance. The area is generally a living desert, covered in grassland and bushveld scrub interspersed with salt pans and fossilised river beds.

At over 50,000 km², this vast delicate environment borders up to the Ghanzi area in the west but is dominated by the massive Central Kalahari Game Reserve (CKGR) stretching out to the east. Further out beyond the National Park borders of the CKGR you will find Khama Rhino Sanctuary, one of the few places that you will find the elusive rhino in Botswana. 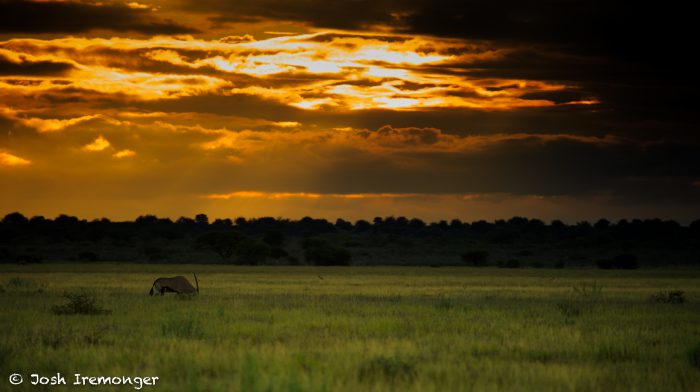 The San Bushmen, having been in the Kalahari region for many thousands of years, leading a nomadic existence, applying the art of the hunter-gatherer with exceptional skill, have moved to the outskirts of the region as the CKGR gained prominence as a protected area and National Park. They do however form part of the attraction here and visitors to the region can be guided by bushmen and shown examples of their survival skills. The Kalahari can sometimes feel empty compared to regions such as the Okavango Delta – the magic of the Kalahari lies in the bushmen and what they can teach you about their natural habitat and survival skills in this apparently desolate region.

The Central Kalahari area is awe inspiring for its vista alone. Whereas in some areas the best time to visit is in the dry seasons of winter, from May to October Kalahari temperatures soar and the ground offers little water for the game, the area however, comes alive in the rainy season.